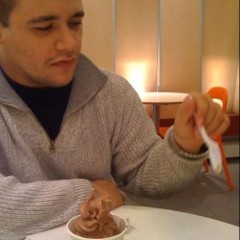 My name comes from a combination of my father's sympathies for the lost of John Walsh's son, Adam, and because he thought it would be cool to name his kid after a computer, the Coleco Adam. When I was really young (somewhere between 1-2) I remember sitting on the lap of my father, watching him program a Missile Command clone. You can say that me becoming a computer geek was laid out before I even had a chance.

As of now, I work in a small high school in Brooklyn, NY, servicing a mix of Mac's and PC's. I came to know about P2PU through a Mozilla Drumbeat conference held in the New York area (the address and date escape me at the moment). The project sounded interesting, and it just so happened that I wanted to build my web development skills. Hence, here I am, taking classes, and hopefully building something interesting after all is said and done! :D

Besides general computer geekery, I'm also a big sports fans (big Yankees fan, not bandwagoning, it's in my blood!), partake in the cooking of various dishes (well, not really, but I'm definitely working on that!), a anime fan, a huge gaming fan (while the correlation between the last two my be high with the computer geekery stuff, it still needs to be mentioned), and a general lover of everything and anything. Except black jelly beans. And candy corn.