An accidental in music is not something you do by mistake. It is commonly refered to as the black notes on piano. (Even though for all cases it isn't true.) 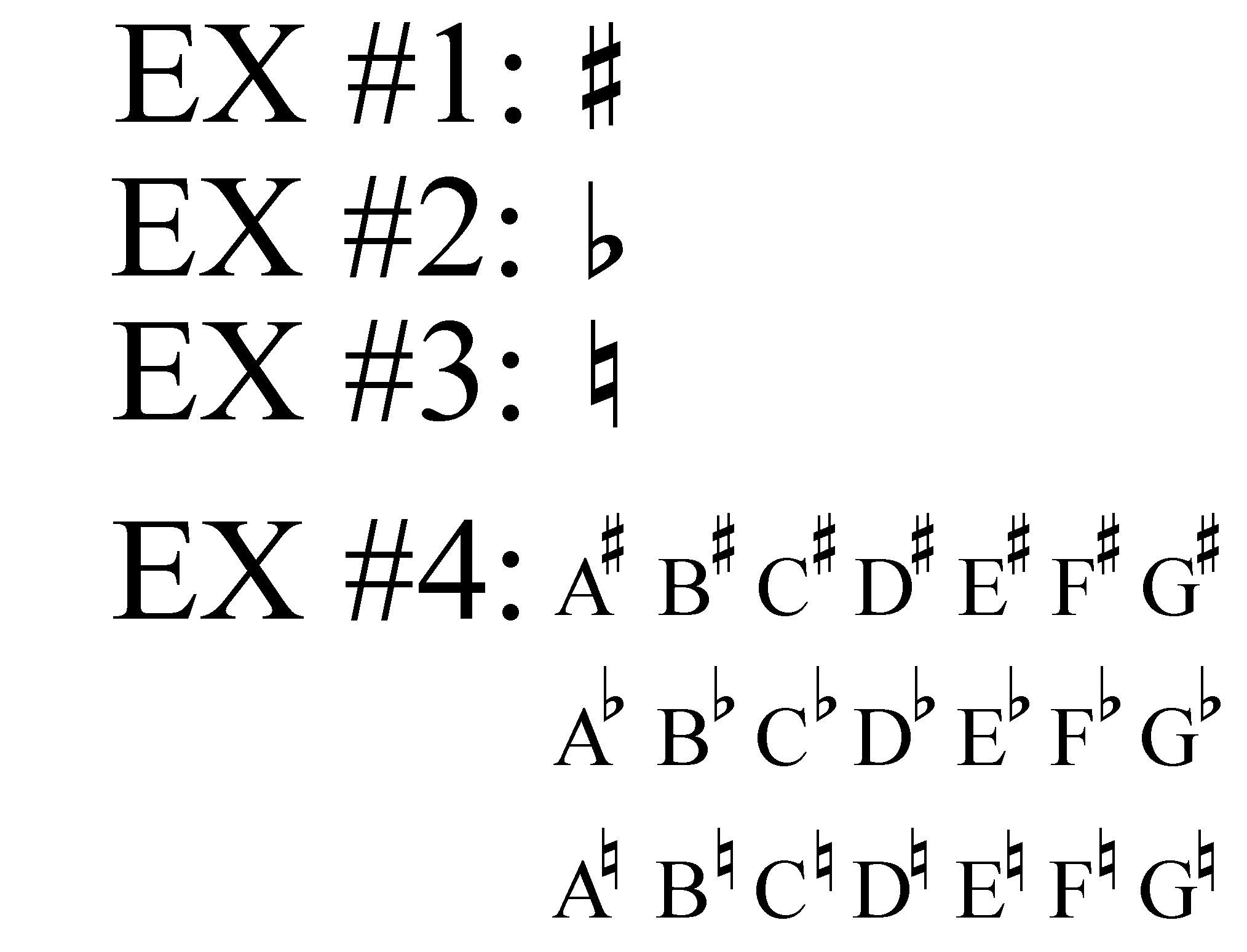 Now when you write an acidental in music it is on the left of the note. Like this: (Example #1)

An example would be C# and Db. The are the same pitch and are in the same location on instrument but are spelt differently.