Let's go beyond the basics this time around!

This is mainly for the persons who took my Music Theory 101 class. Also for people who understand the basics of music theory and want to keep working forward.

You will be reading postings I write and have infogrpahics and examples given to you. I will also ask some questions that you must answer to prove that you fully understand

Take this class to even further your knowledge in music theory!

Last class we talked a bit about intervals. Only in the sense of half steps and whole steps. Which are indeed a type of intervals but this time we will be talking way more about different types of intervals.

All intervals can be played simultaneously or broken up/broken apart/one after another.

There are five main types of intervals.

There are perfect intervals, major intervals, minor intervals, augmented intervals, and diminished intervals. Now these names may not make sense to you but throughout this entire class these words will begin to make more sense and you will see how it is all connected.

So since an interval is between two notes there are massive amounts of intervals so I will do my best to name all of the most commonly used/practical intervals that you will likely see if you pursue music and that you will use!

Perfect interval: “Perfect intervals are so-called because they were traditionally considered perfectly consonant.”-Wikipedia. I also believe them to be perfect because if you flip these intervals they are the exact opposite as one another as you will see.

Major Interval: I like to define a major interval as being from the major scale. The notes that form naturally inside of the major scale other than the ones that occur perfectly. I will post all examples after these definitions.

Augmented Interval: An augmented interval is any major or perfect interval that you raise by a half step. *Sharpened* (Even though you don’t always attach a sharp when sharpening/raising something by a half step)

Diminished Interval: A diminished interval is any minor or perfect interval that you lower by a half step. *Flattened* (Even though you don’t always attach a flat when flattening/lowering something by a half step)

Ok since an interval can be between any type of notes the main ones we will be using are unisons, 2nds, 3rds, 4ths, 5ths, 6ths, 7ths, and 8ths(octaves).

So first the major intervals. There is a major 2nd, a major 3rd, a major 6th, and a major 7th.

(I cannot add the natural sign, so in place I will add nothing to the letter. When seeing just a letter take it as a natural.)

Here are all major 2nds:

These are all whole steps and the 2nd degree in all major scales.

Here are all major 3rds.

These are all the 2nd note, middle note, in a chord, or 2 whole steps away. They are also the 3rd scale degree in all major scales

Here are all the major 6ths.

These are all the 6th degree in the major scales. They are also 4 whole steps and one half step away.

Last but not least the major 7th.

These are all the 7th scale degree in major scales. They are also a half step below the corresponding octave and finally they are 5 whole steps and a half step away.

Here are 4 pictures, the 1st showing all major 2nds on treble and bass clef played one after another in each measure using half notes.

The 2nd showing all major 3rds on treble and bass clef played one after another in each measure using half notes.

The 3rd showing all major 6ths on treble and bass clef played one after another in each measure using half notes.

The 4th showing all major 7ths on treble and bass clef played one after another in each measure using half notes. 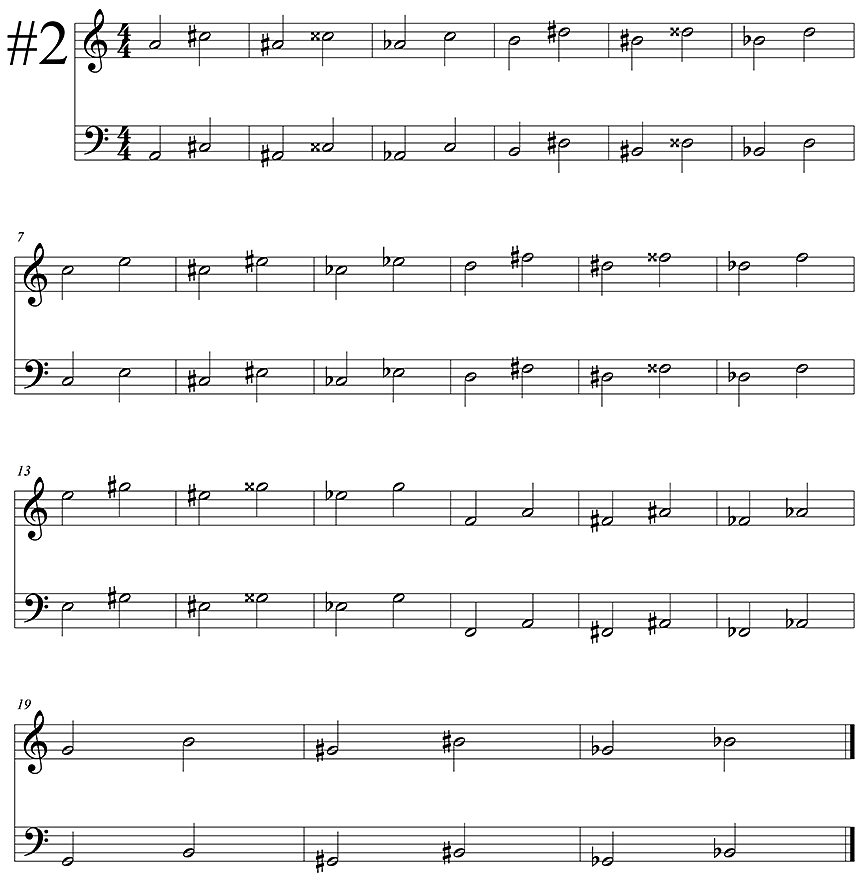 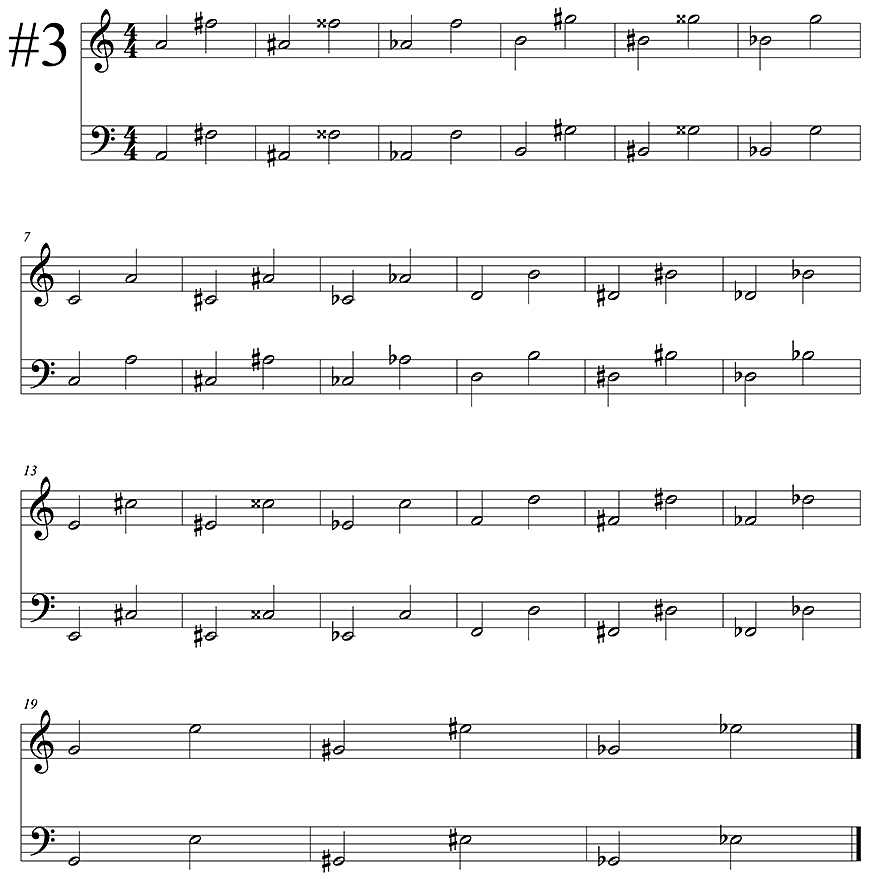 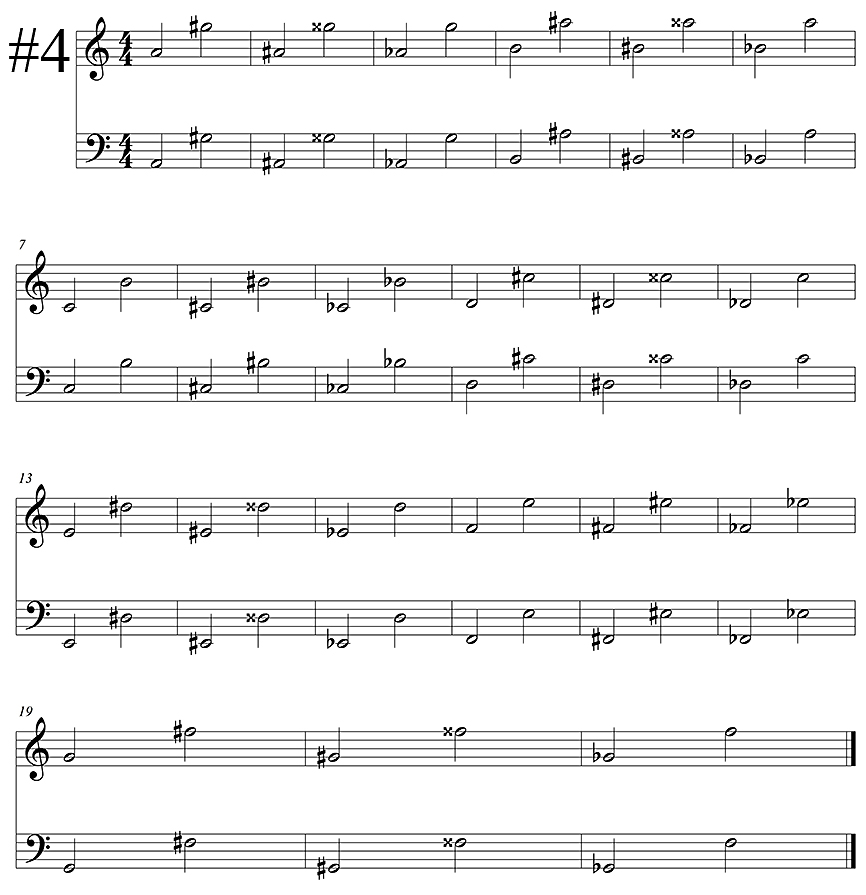 HOMEWORK: Give me 2 examples of each type of major interval! Either type it out or use finale to write them out!

The next task will talk about perfect intervals!