The last thing that is in basic theory are chords.

A chord is any 3 tones sounded/played at the same time.

We will be going over very specific chords though. And those are the major chords.

There are many ways to make a chord. The easiest way is using the 1st, the 3rd, and the 5th note from the major scales. Since there are 12 scales there are 12 chords.

The other way is to use a formula like we did the scales. But I dislike that way and it is confusing. I think that 1,3,5 is easier.

So let us look at the C Major Scale one last time:

The first note is C, the third note is E and the fifth note is G. So C,E and G all played at the same time makes a C Major Chord. It really is that simple.

In music these notes would be stacked vertically, but when I write them they will be written horizontally.

So here are the 12 Major Chords in the circle of fifths:

Here is what chords would look like written in music. I will use half notes so you can see them more clearly. I also won't write all 12 but you will get the general idea. 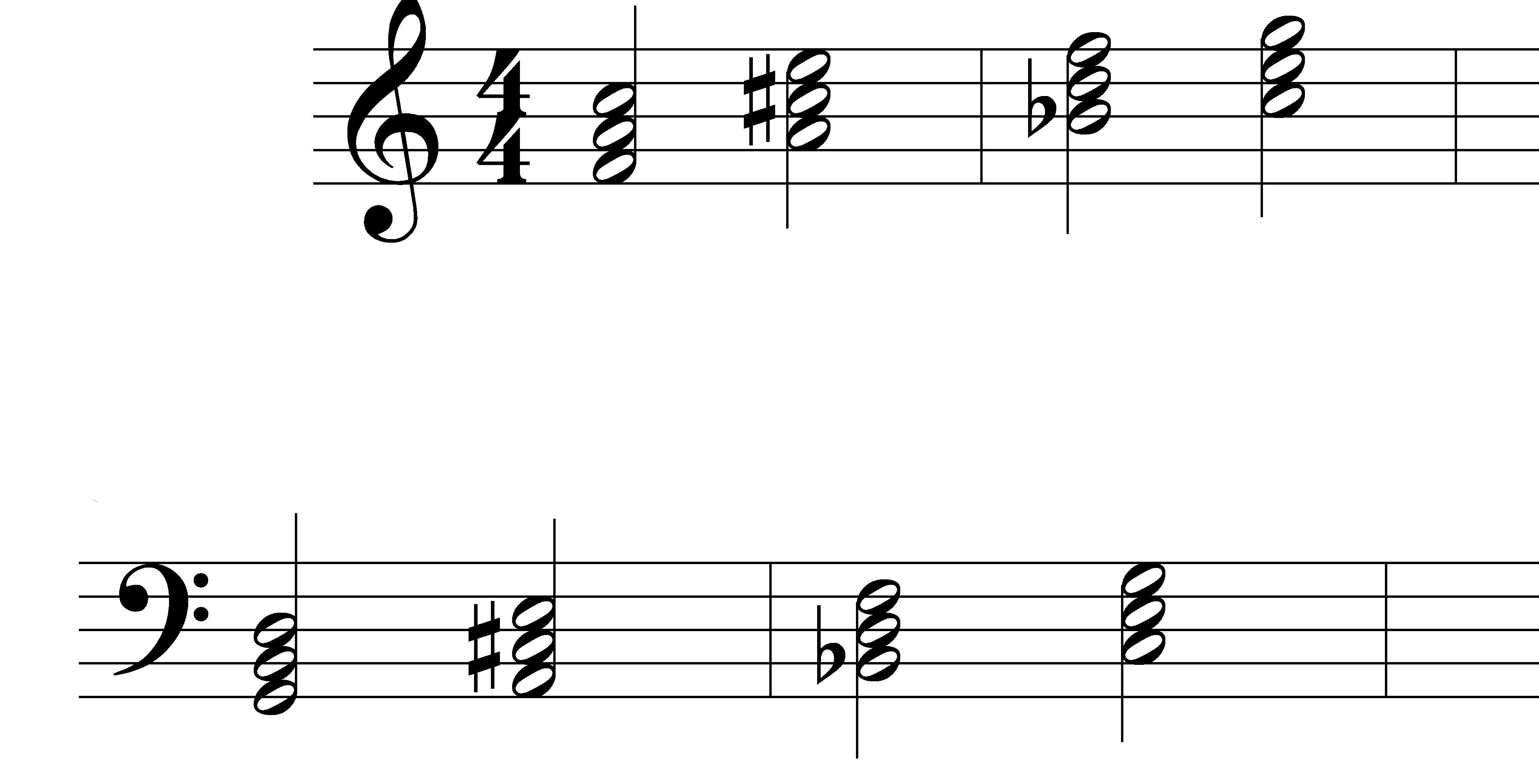