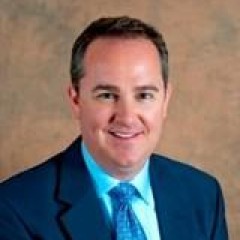 David Haenel is a criminal defense, DUI, traffic ticket lawyer at Finebloom, Haenel & Higgins P. A. He is also a former 12th Judicial Circuit, Assistant State Attorney at Office of the State Attorney and was named as 2004 Florida DUI Prosecutor. The three schools where he was molded to become a good lawyer of today were Hartwick College, Widener University School of Law and State University of New York College at Buffalo where he earns his Master's of Law Degree.

Attorney David Haenel with his partner Darren Finebloom started Finebloom & Haenel Firm last 2004. They used their combined trainings and knowledge to defend and offer their clients a worthy outcome of their case. They also stand for victims in particular injury cases all over Florida. Often, David lectured and assists new Florida lawyers and prepares them for DUI cases they were about to handle.

This man is also the author of the book entitles Florida DUI Survival Guide: A Citizen’s Protective Manual and even DUI manuals concerning the latest developments and references about DUI issues.