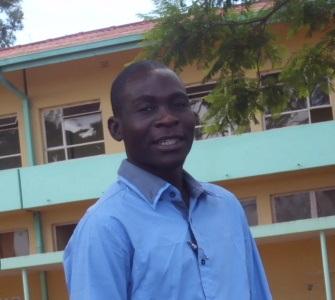 Tjipikita Kauuola was born in 1988-11-01, at Ovituambu in Okangwati district in Kunene region,  Namibia. being a resident in Kunene, Kauuola belong to Ovadhimba tribe. Kauuola went to school at age of 10 at Okanwati Combine School. in 2003 he becomes the a well-known boy in Okangwati due to his school performance, being at Okangwati Combine School for 8 years, Kauuola went to Putuavanga junior secondary school in 2006 where he proceeded with his secondary level (grade 9).

Tjipikita Kauuola, he keeps his performance and became a well know intelligence boy in school, he obtained all first place certificates in Physical Sciences, Life Science, Agriculture, Mathematics, Geography, Otjiherero, English and Business Management. Kauuola was part of the school clubs like My Future Is My Choice and True love Wait Club, being of this Tjipikita becomes the first boy to take a trophy in 2007 in his grade 10 and becomes the first candidates to school the highest point in his Junior Secondary Certificate (JSC). Kauuloa pass and continues with his study at Ruacana High School in Omusati region of which He matriculated for his ‘O’ Level certificates known as Namibia Senior Secondary Certificate (NSSC) in 2009.

Due to his intelligence Kauuola was employed as a Teacher for Lower Primary School at the school which was run under the Office of the Prime Minister (O.P.M), that time the prime minister was Libertina Amadhila and soon was replaced by Marco Hausiku when Kauuola become the Principal at Ohajuua Mobile SchoolIN 2011. Tjipikita was a competent, dedicated, coherent and open-minded teacher, He becomes more known and begin some trading between Namibia and Angola. He was trading in Angola places like, Ongocwa, Elola, Ondabo, Omatunda and many others.

He later come to understand that he wasn’t made a businessman after he first publish his first book “LIFE EXPLORATION; THE CHOICE IS YOURS”. His book was a career book with about 12 chapter which makes it a school book mostly used as Life Skill book in school, having learned and explore much Kauuola thought of other green pature when he applied at Midlands State Universty in Zimbabwe in 2012.

At Midlands State University Kauuola was enrolled at Faculty of education department of Biological Sciences, he is doing bachelor of education honors degree in biology, but while studying Tjipikita is a Musician, Actor playing Movies and he is an author.