This challenge will walk you through the steps needed to have your very own first mobile app developed for the Android platform using the MIT App Inventor. No previous programming experience needed, and if you don't have a phone you can use the emulator provided.

Setting up your computer for the App Inventor

As we mentioned in Task 1, App Inventor runs in your browser but there is some software that you will have to download to your computer to get the inventor to work.

You should also note that you will need a Google account to use the MIT beta service. This is the only authentication method provided right now, so make sure you use your Gmail account to log in to the App Inventor.

App Inventor is compatible with Linux, Mac, and Windows but make sure that you download the right package for your system as explained in this tutorial: Set Up your computer. 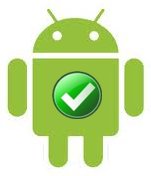 App Inventor uses Java technology to run, and as you will see in the set up instructions, there are two main tests that you have to make sure have passed before you can run the software:

If you are having any trouble please leave a message in the comments, and if you had a problem but found a fix for it, make sure you share it with all the participants so that we can all help each other.

If you haven't had any problems with the installation, why not helping someone else that might be having trouble by letting your tips as comments to this task?