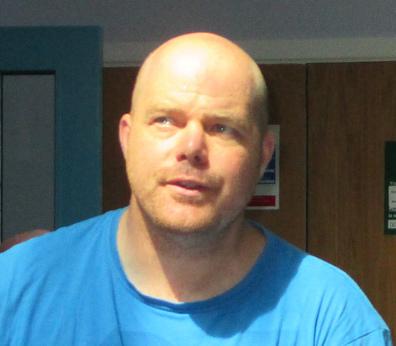 My work and other projects centre around two main areas the production of media and tech documentation and toolkits, and community-based education.

I am currently taking on work as a documentation / course author or facilitator, researcher, website or video producer,  media trainer / teacher trainer or project coordinator. There are some recommendations on my Linked In profile.

Toolkit and Manual Writing and Facilitation

I’ve worked with FLOSS Manuals to create toolkits, training resources and software based manuals since its start in 2007. My work at FLOSS Manuals is to encourage the volunteer community. I also take on work coordinating writing and facilitation.

This work builds on a base of producing community based toolkits, Some of which include: Video Activist's Handbook, DIY - A Handbook for Changing Our World (as part of the Trapese Popular Education project), the Green Zone Toolkit on community environmental projects.

Work as a Community Educator

After 5 years working in various schools in Spain and the UK as an English language teacher I changed direction in 1999 to provide community-based adult education.

In 2010 to 2011 I ran the  Green Zone sustainability project for a city housing project. The project combined training, environmental works and creating on-going community resources.

From 2008 to 2010 I was employed by People’s Voice Media to set up the a community media centre in East Salford, to create new media products for the company including social reporting at events,  Internet TV and radio projects, to create training programmes and write training documents.

For many years my work was centred around the independent online news networks of  Undercurrents and Indymedia. I worked with fellow media activists and campaigners to share a low-cost, collaborative approach to the media production and the presentation and archiving of campaigning. Much of this work was with partners as Clearer Channel, an outlet for campaigning and freelance media work.

Clearer Channel  was a founding member of the Transmission network of video distributors. I undertook projects writing documentation on the area of Open Video approaches to video production and distribution.

I was the co-founder of a volunteer-run political arts centre in central Manchester called The Basement this was active from 2004-2007. As well being involved in the as day to day running of the centre I maintained a public access computer zone that was also used as a learning resource for workshops. Around this time I was also working for Community Arts North West running their media lab and providing a variety of training courses to local artists and community organisations.

I’m an active member of the  Hacktionlab network an informal group of technology enthusiast that grew out of the Indymedia project, specifically the temporary Indymedia / Be the media centres set up in various rural locations as part of days of global action around the the G8 and Climate Camp mobilisations.  Some of the projects coming out of HacktionLab are presented as part of the Tech Tools for Activism website and project.