This course will explore free/open source tools and data sources for use in community geospatial analysis.

Geospatial Information technologies help us get the big picture of Earth systems and human populations. In this course, we will explore community based tools and techniques geospatial analysis. To the extent possible, all tools/data used will be free/open source and public domain.

A GIS is comprimised of hardware, software, data, humans, and a set of organizational protocols. Bolstad (2003)


GIS is an "organized activity by which people measure and represent geographic phenomena and then transform these representations into other forms while interacting with social structures." Chrisman (1999)

Humans are curious and sharing

As humans, we seek look for patterns in nature and seek a holistic understanding of our environment. We share knowledge and discoveries in many ways including written words, drawings and diagrams, and verbally. Our ability to convey knowledge and find patterns is increasing as new tools and technologies emerge.

People are natural explorers and constantly seek to identify aspects of nature to explore and understand. In the process of our explorations, we are continually inventing and improving upon tools to aide our efforts. We share knowledge about our tools, techniques, and understanding in order to benefit our peers and build community.

Community Geospatial is a values based approach to systems thinking and environmental awareness. Values such as collaboration, sharing (open data, open formats), stewardship, communication, equality, and participation are among the ideals engendered by the Community Geospatial movement.

Community geospatial systems consist of people using tools to share and analyze information.The information will typically, but not always, have a geographical component (or spatial reference). Additional information, known as attributes, may be linked or related to geographic data.

For example, biologists track animal movements around their habitat and often over the course of many months or years. The biologists will collect information describing species locations as well as extra attributes including color, size, quantity, etc, that may not be specifically geographic (or spatial).

Our goal with CGIS is often to produce maps and other visualizations of interrelated data in order to support community decision making process. Maps are usually two dimensional representations of our understanding of a geographic, or conceptual, area. These maps will contain various text and graphic markings. Markings are usually in the form of points, lines, and areas (polygons). Graphics comprised of points, lines, and polygons are called vector images. 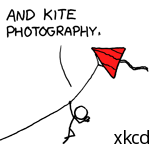 r images may be integrated into a GIS project. These images are comprised of a grid of pixels where each pixel represents a color value at that point. This type of image is called a raster image. Examples of raster images include satellite, or aerial, imagery, hand drawn maps, and kite photography.

Location is the key aspect that differentiates Community Geospatial from other forms of data collection. Every point, line, polygon, and image is linked to geographic location(s). Locations are usually represented by coordinates, such as (x,y).

A geographic coordinate system allows any point on earth to be represented by a set of numbers. Common coordinates include the latitude and longitude system, which uses hours, minutes, and seconds to represent points (e.g. HH° MM' SS"). 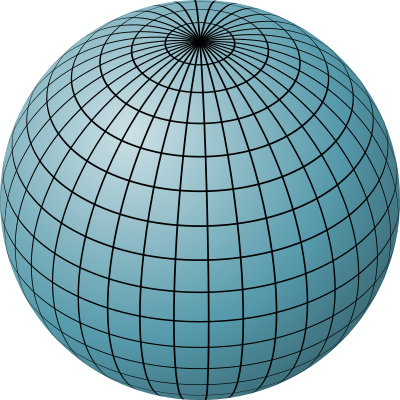 The latitude and longitude system divides the earth into a grid of horizontal and vertical segments, called a graticule. Lines of longitude run from the north pole of the earth to the south pole and converge at each pole. Lines of latitude run in parallel to the equator.

So how do we transfer coordinates from a three dimensional sphere to a two dimensional map? The answer is provided by the realm of geometrical projections.

A projection is the process of stretching, skewing, unfolding, or otherwise distorting a three dimensional sphere (or other object) so that its entire surface fits onto a two dimensional plane. The emphasis in the last sentence is to indicate that some features of the map will not be represented accurately when the data is projected. 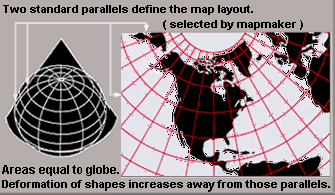 So what shape exactly is the earth? Earlier I mentioned that the earth can be represented by a sphere. For many calculations and purposes, a sphere is a sufficient approximation of the earth's surface. However, the earth is more accurately modeled as an oblate spheriod (or ellipsoid). That is, the (horizonal) equator of the earth has a larger radius than its (vertical) polar radius.

Maps come in many different scales and are measured with varying distance units. Since a map is a scale model of a geographic extent, it is often necessary to convert between units of measure. There are many different units of measure, such as those found in the Metric and Imperial systems. There are also angular units, such as degrees and radians.

Most maps have a scale bar that illustrates the unit ratio between the measurement on the map and distance represented by the map extent. For example, a common map scale is 1:24,000 meaning "one inch on the map represents 24,000 inches in the field" or "one map inch equals 2,000 feet."

When we want to measure distance on a map, we might be compelled to simply draw a straignt line between two points and consider our measurement sufficient. In practice, however, multiple consecutive, and meandering, measurements may be needed in order to connect two points in a manner acceptible for human endeavors. This method of measurement produces what is called traveling distance. As a practical example, when you get bicycling directions between two points, A and B, on a map you will usually take multiple connecting paths rather than cycling directly from A to B.

Additionally, when we consider the distance on a plane, we are omitting information regarding the curvature of the earth. This is especially relevant for longer distances where a linear measurement may differ significantly from the great circle distance of the earth's surface. A common formula for calculating the distance between two points on a sphere is called the Haversine formulla.

We have taken a bird's eye view of key concepts relating to Community Geospatial Information Systems. Subsequent tasks will cover these topics in more detail. For now, you hopefully have sufficient scaffolding to integrate these concepts into a holisitc picture.